The Stages Of Grief

Weeping is perhaps the most human and universal of all the stages of grief. 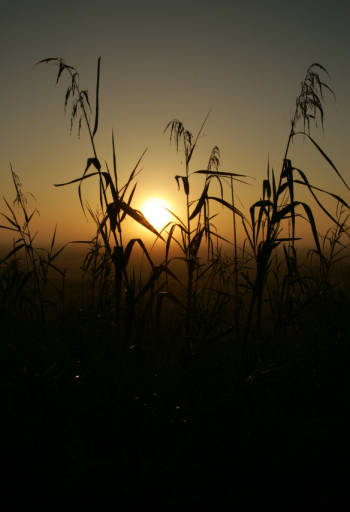 Your loved one has died.

You are beginning a journey through the stages of grief that can be overwhelming along with a feeling at times of being in a fight between you and the world - and the world is winning.

For those of you who are the ones grieving, it must be made clear that assigning stages to your grief is not meant to make what you feel at any given time less important.  Instead, it is intended as a tool to help those who are grieving, and those around them, understand that what they are feeling is normal and to be expected during any type of loss.

Below are the five stages of grief, along with a brief explanation of each. Again, some experts now feel that while these stages still exist, they do not necessarily follow this order but instead come and go. That means if someone experiences these stages in a different order that is perfectly normal.

The number of stages of grief in the psychological models varies from seven stages, to five to three, depending on who you read.  And somewhere amongst the number the labels denial, depression and acceptance invariably appear.

Denial, Depression, Acceptance - At first we don't believe it, then we feel sad about it, then we accept it.    This is the simplified version of the stages of grief.

Nor is grief a straightforward progression.  My experience is that one tends to move back and forth between stages.  Some never experience all of the stages, such as anger.

Do I believe in the stages?  Yes, to a degree.  And I think it helps to talk about them so people don't feel so alone in their distress.   But I believe that each person's experience of them differs and I think all we can do is support and love and comfort and give practical advice to those who are bereaved in the way that seems to work for them rather than sagely pointing out what stage they are in.

Stage One of Grief; Shock and Denial

I don't think it matters if a death was expected or not, our first response to bereavement is shock.  While the depth and duration can vary according to circumstances and personality, the first thing we experience is equivalent to being struck by a bolt of lightening.

Shock does strange things to our bodies, physical things, not just mental ones.

For me the response was an adrenalin surge and my brain went into overdrive, frantically searching for ways to change this situation.

For others, the emotions are completely overwhelming and they break down.

Along with the emotional turmoil comes sleep disruption, nausea, exhaustion, trouble with decision making and memory problems and a whole host of other shock symptoms.  A dear friend's first three fingers of her right hand went numb the day after her husband suddenly died, and stayed that way for several months.

Now is not the time to be making decisions and yet often there is no respite and we are called upon to make all sorts of decisions, ones which often impact on how we manage the remainder of our grief journey.

In the first few days of grief there are hundreds of decisions to be made regarding the funeral or memorial service.

Tears have a wisdom all their own.  they come when a person has relaxed enough to let go and to work through their sorrow.  They are the natural bleeding of an emotion wound, carrying the poison out of the system.

Here lies the road to recovery.

For most the denial does not mean that they truly do not believe the death has happened, but for some this stage does take on that manifestation. More typically, however, the person does know that the death has taken place, but they are choosing not to allow themselves to process the information.

For some, this denial will last a very short time, while others get stuck in this place of not wanting to accept the reality of what has happened. The isolation is usually a by-product of that desire. If the person can stay away from others who will want to affirm that the death has happened, it will make it easier to continue to not have to deal with it in any substantial way.

Obviously, if someone truly is denying that the death took place, and that behavior continues for any length of time, professional help may be needed.

For most, however, the stage passes on its own as the person is able to allow the reality of the situation to set in and begin the next stage or cycle of the grieving process.

The anger that a grieving person feels can be directed to a number of sources. Some are angry at God, some are angry at whomever they perceive may have been responsible for the death. Others even direct their anger at the person who has passed away.

It is important to note that some people feel the need to assign blame for the death, even if it really was no one’s fault. In these cases, the person often lashes out at someone who may be entirely innocent.  Often, it is another family member who may also be grieving. Trying to reason with the person who is angry will not do any good during the early stages of their anger.

Remember, this anger is often completely unjustified and unreasonable. The person will realize that soon enough, but usually not as the result of someone trying to reason their anger away.

For a friend, it is best to find a way to let the person know that you understand why they feel the way they do, and that they have a right to their feelings. This will let the grieving person know that you are not minimizing their emotions. Often, it is such understanding that will help them get past their misplaced anger a little sooner.

Bargaining can take different forms, but it sometimes sounds like this, “Why, God? If I change something can you please bring them back?”  Of course, the person going through this stage of the grieving process understands that the person is not coming back. Still, the loss is so great and the pain so raw, that many feel so desperate that they are basically willing to try anything to make it go away, including begging God to bring their loved one back to earth.

It is often during this stage that some of the first two stages start to cycle back through. For example, when the bargaining does not work at their loved one  coming back, the anger may return and be directed at God for refusing the request.

Others may experience another round of denial as they wait for the day that God does, in fact, bring the person back to them.

As a friend, it  is true during the anger stage, while you might feel the urge to try and reason with the person, that generally is not necessary. The person doing the bargaining is almost aware that what they ask for is not possible.

Just be there for the person and validate their feelings as much as possible.

Basically, the first three stages of grief are all sorts of attempts to put off the inevitable, and that is truly dealing with the pain and grief associated with the lost. When the person is in denial, they do not have to fully deal with it. When they are angry, they can concentrate on that emotion rather than the pain. When they are bargaining, they are still, in a way, hanging on to hope. Once those three stages pass, the person must face the pain of the loss head on. That is when depression often sets in.

Some describe this stage as feeling a variety of things. Sometimes they feel completely numb. Other times the pain is so raw and overwhelming that they do not know how they will make it through the day.

How people deal with the depression will vary. Some will just stay in bed, sometimes for days at a time. Others will sit and stare at photos of the person who has died. Perhaps they will set up a makeshift shrine of sorts, or refuse to allow anyone to enter the person’s room or change anything from the way the person left it.

For some, this stage can last quite a long time, while others get through it fairly quickly.

As a friend, what you should not say to someone in this stage are things like, “it’s time to move on…” or “you’ve been depressed for six months, isn’t that long enough?”

Sometimes people feel that if they move the next stage (acceptance) it is almost as if they are saying that their life is now OK without the person who has died. Some feel that would be a betrayal to that person and that the only way they can stay connected to them is to continue in their grief and pain.

Acceptance is the final stage of grief, but the name may be a bit deceptive. Acceptance does not mean that the grieving person is no longer in pain. It does not mean that they no longer miss their loved one. It just means that they have accepted the loss and that, in most cases, the constant pain and feeling of mourning are not there all of the time.

As a friend, if you know the person well, it is a good idea to be mindful of some of these dates and send another letter to let them know that you are thinking of them and that their loved one is certainly not forgotten.

With acceptance usually comes a moving on and finding what some call a “new normal” without their loved one. For some it takes a matter of months to move into this stage, for others it may take years.

As mentioned throughout this page, it is not the job of anyone to try and rush the grieving person through any of these stages. Trying to do that will do more harm than good. Instead, just try to recognize the stage so that you can offer words of encouragement that are appropriate for each stage.

For more help with the journey through grief, I recommend the site, Recover From Grief.   It is very helpful.