This is the Eulogy that was given by Lee Strasberg:

Marilyn Monroe was a legend. In her own lifetime she created a myth of what a poor girl from a deprived background could attain. For the entire world she became a symbol of the eternal feminine.

But I have no words to describe the myth and the legend. I did not know this Marilyn Monroe. We gathered here today, knew only Marilyn - a warm human being, impulsive and shy, sensitive and in fear of rejection, yet ever avid for life and reaching out for fulfillment. 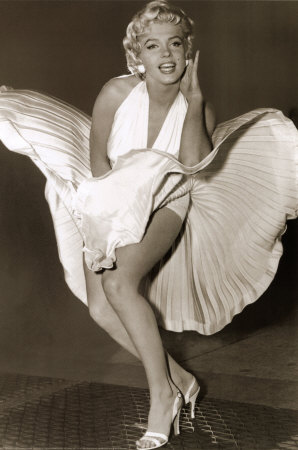 I will not insult the privacy of your memory of her - a privacy she sought and treasured - by trying to describe her whom you knew to you who knew her. In our memories of her she reamins alive, not only a shadow on the screen or a glamorous personality.

For us Marilyn was a devoted and loyal friend, a colleague constantly reaching for perfection. We shared her pain and difficulties and some of her joys. She was a member of our family. It is difficult to accept the fact that her zest for life has been ended by this dreadful accident.

Despite the heights and brillance she attained on the screen, she was planning for the future; she was looking forward to participating in the many exciting things which she planned. In her eyes and in mine her career was just beginning. The dream of her talent, which she had nurtured as a child, was not a mirage.

When she first came to me I was amazed at the startling sensitivity which she possessed and which had remained fresh and undimmed, struggling to express itself despite the life to which she had been subjected. Others were as physically beautiful as she was, but there was obviously something more in her, something that people saw and recognized in her performances and with which they identified.

She had a luminous quality - a combination of wistfulness, radiance, yearning - to set her apart and yet make everyone wish to be a part of it, to share in the childish naivete which was so shy and yet so vibrant.

This quality was even more evident when she was in the stage. I am truly sorry that the public who loved her did not have the opportunity to see her as we did, in many of the roles that foreshadowed what she would have become. Without a doubt she would have been one of the really great actresses of the stage. Now it is at an end. I hope her death will stir sympathy and understanding for a sensitive artist and a woman who brought joy and pleasure to the world.

I cannot say goodby. Marilyn never liked goodbys, but in the peculiar way she had of turning things around so that they faced reality - I will say au revoir. For the country to which she has gone, we must all someday visit.

How To Write An Eulogy